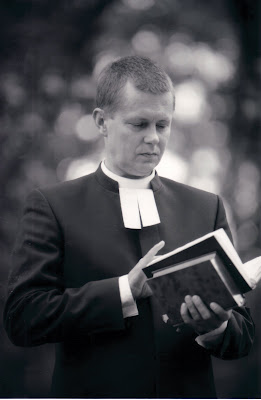 On Saturday evening 24 September, I became aware through a Finnish tabloid newspaper and a friend's phone call that the cathedral court [lat. Domus capituli] of the Finnish Evangelical Lutheran Church in the city of Espoo, Finland, had proclaimed a new judgment against me: I have no right to use the special priest’s clothing during the next three-month period. The cathedral court told their judgment to the press rather than directly to me. I ask, of course, “so what?”

The new sentence does not imply any change in my situation, which began in April 2011, when the cathedral court stopped payment of wages and my rights to work as a priest. “This three-month period” is some kind fake sentence: it does not mean that the church would offer a job and then salary to me. Our bishop is now retired, and he decided to make a final decision before his retirement. The public notice was just bullying against me.

RT blogi: It's time, my friend: it's time

Earning funding through intimidation and Russophobia 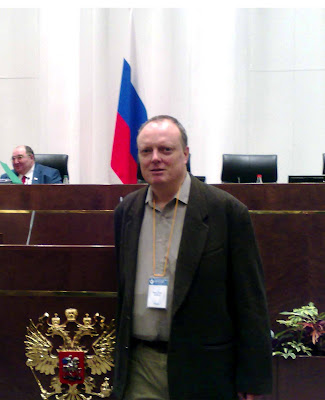 The picture shows Bjorn Nistad, university researcher and doctor of historical sciences, at the Moscow Senate.

The discomfort of Dr. Bjorn Nistad, a research fellow in Russian culture at Oslo University, with the Norwegian Helsinki Committee began dramatically, when he, as a researcher, wrote careful pieces without any incitement in Aftenposten (a well-known Norwegian newspaper) on 15/04/2010 and 05/02/2010 in which he asked whether the Norwegian regime really knows enough about acts by Chechen separatists in their home country.

At the “World without Nazism” conference at the Moscow Senate in December 2010, I met this university man face to face. We were astounded at the similarity of our harsh fates, which so-called human rights organizations can inflict on researchers for the sake of their Russophobic agenda. 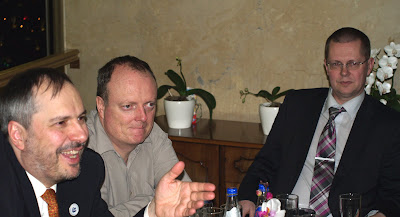 The picture shows, on the left, Petri Krohn, chairman of the Finland without Nazism association; in the center researcher Bjorn Nistad; on the right Juha Molari.

Read more: Earning funding through intimidation and Russophobia (RT). The statements, views and opinions expressed in this blog are solely those of the author and do not necessarily represent those of RT.
Lähettänyt Juha Molari Юха Молари klo 18.39 Ei kommentteja: