American USAID out from Russia. At last! 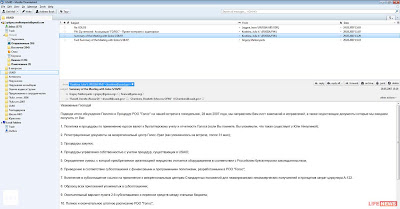 American USAID could have been thrown out from Russia already earlier, but Russian authorities and political leaders have been very careful.

I have publicly criticized against the American USAID's activities from the summer of 2006. I then wondered many times that the organization may operate still in Russia. Now, seven years later, I am pleased that better in October 2012 than never.

Russia has been unnecessarily cautious and careful and inactive with the problem of USAID. Russia does not want any reputation as an enemy against "democracy" and "freedom". Russia's current decision was an important step to protect democracy against the threats by foreign financiers, who cause unrest. American USAID is one of the most problematic troublemakers, but not the only one.

I have written repeatedly about that organization. For example, in April 2007, I wrote an article in Russian trade way (Venäjän kauppatie) –magazine, "U.S. financing cause worries: Russia requires transparency for the activities of NGOs". I wrote critical assessment about annual report of U.S. Foreign Affairs, published 04.04.2007: Supporting Human Rights and Democracy: The U.S. Record -2006. The report showed strong U.S. economic and political investments in the Russian region to attain US. political aims. According to the public report, the United States spent $ 262 million for "the development of democracy" in Russia and the former Soviet Union during year 2006. In April 2007 I wrote: "The United States organized several exercises for a few political groups and the media in Russia that electoral operations would be more efficient. In these election preparations, Washington does not support only so-called opposition but also they use also non-governmental organizations for this purpose."

In August 2009, I wrote another article in Russian trade way (Venäjän kauppatie) –magazine, "The Russian and American relationship with Iran," as well as I wrote assessments about American financing for color revolutionary aims, which was implemented through USAID ( U.S. Department of State, U.S. Agency for International Development). I told about their attack against Belarus’s independency. In addition, I mentioned the fact that the U.S. allocated more than 110 million dollar for two color revolutions in Ukraine and Kyrgyzstan. In addition, I wrote notes to color revolutionary strategy in Russia.

December 9, 2011, I wrote a blog post in which I referred to the vague purposes of the organization Golos and to their e-mail communications with USAID. Together with USAID, Golos was designed to sabotage the elections in Russia. USAID's analyst sent even advices to the leaders of the Golos that they together would cook up "appropriate" amounts of electoral violations and forms.

7. january 2012 I wrote a blog: Where are the documents of Matti Posio (Aamulehti) and Jarmo Koponen (Uusi Suomi)? (These newspapers are marginal political publications in Finland). In that blog I wrote once again about USAID's evil deeds:
"Shibanova’s computer was seized for the official check at the Moscow airport. Then the mailbox data came public also for the Russian special services and media. The messages indicated that Golos was designed to sabotage the elections in Russia together with the U.S. administration. Life News received over 60 megabytes from Golos organization’s private e-mail communications. Message senders and recipients were the association's director Lilya Shibanova and her deputy Grigory Melkonyants. To Melkonyants, a analyst from U.S. Department of International Development (USAID), sent a list of instructions for the dirty operations of Golos. In addition, they discussed about the continuation of this project, they planned cunningly appropriate number of the Russian election "violations". Andrey Suvorov promised - if it is necessary to come up with appropriate proposals to the number of violations, if he does not get U.S. response the matter. "

7. February 2012 I wrote in RT-blog, "Corruption Investigations front for a color revolution 'push'", and criticized among others these activities of USAID.: “All this could be linked to the fact that recent corruption investigations conducted by certain organizations have shown clear political aims. Freedom House advertises itself as an “independent organization”. It is in fact financed from the same source as “Golos” – an election monitoring organization whose reports on last year’s Russian election contributed to stirring up unrest. FH receives over 80% of its funding from the US budget, mostly via the NED (National Endowment for Democracy) and USAID. Through its New Generation program, FH supported the uprising in Egypt. In Ukraine, FH financed the training of over 1,000 “election observers” to promote the Orange Revolution. George Soros, the chairman of the Open Society Institute, is an influential person within FH”.

12. February 2012 I referred to another American color revolutionary factory. Anders Aslund confessed as early as 12 August 2005, and I referred to his words: "We cannot speak about any kinds of conspiracy theories, if we refer to the report of Carnegie Endowment for International Peace. It shows that American attack 2011-2012 against Russia and Russian elections are well prepared: "The US should insist on effective international monitoring of elections. ... The best monitors have proven to be nongovernmental organizations. ..The US can assist in setting up independent exit polls for elections. The most effective protests in the region have been those led by student activist organizations such as Otpor in Serbia, Kmara in Georgia, Subr in Belarus and Pora in the Ukraine. Their techniques are well-known and can and should be disseminated in Russia" (a report "Putin's Decline and America's Response"; 12 August 2005; soon after the Orange Revolution in Kiev; by Anders Aslund, then director for Russia and Foreign Programmes of the Carnegie Foundation; Carnegie Endowment for International Peace). "

4. March 2012, I wrote in the RT blog that Golos- organization is not any real election observer or monitor, although the Western press has referred to Golos as independent election monitor. This Organization is completely dependent on the U.S. government, it receives funding from USAID, NED and NDI . Non-system opposition produces scandals for local and Western media.

In September 2012 in St. Petersburg I spoke with a Russian academician about American money, which interferes with the Russian democracy. Then I could not know that only two weeks later we have these good news: American USAID expelled from Russia. Russia is in line with every state, who understands that own sovereignty and democracy are worth protecting.