It is not just a question about clash of civilizations 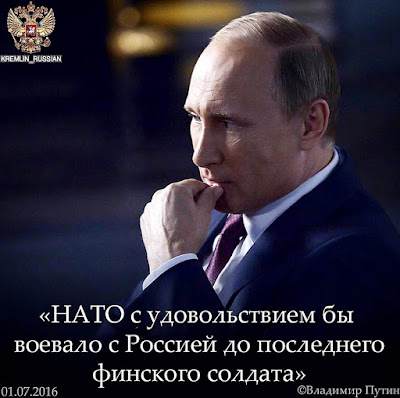 [[ This is just a "collection" and "script" from my thoughts: I hope that I could develop these ideas further into a deeper understanding and better linguistic phrases in English. So you can send feedbacks to my email. Introduction can be found in this text below, but the full text is only in the jpg images below.]]


In the 1990s and in the 2000s, the Eurasians began to form broad net of relying on the leverages that as the Eurasians, discarded Atlanticism and American dominion, opposed to liberal ethics and to sexual orientation issues – they are able to participate in revered civilization, Christianity, and other traditional faiths.  Mostly, the Eurasian net includes conservatives, the "right", or they just opposed to American domination and are called the "left".
A.P. Tsygankov (“Mastering space in Eurasia”, [71]) has argued more precisely that rather than perceiving these Eurasian views in Russia as relatively homogenous, Eurasian thinking is highly diverse and varies from West-friendly versions to those that are openly isolationist and expansionist. Therefore Mr. Tsygankov invites to rethink the nature of Russia’s spatial thinking and activities in Eurasia and to seriously consider engaging Russia as an equal participant in a larger collective security-based arrangement in the region.
Without saying exactly anything for or against Mr. Tsygankov’s views and conclusions, surely everyone has recognized with Mr. Tsygankov that the political needs and cultural motives are central in the argumentation about the Eurasian Union (= EEU), too.
This study focuses on: what geopolitical needs and cultural motives would be spearheading the effort to construct the EEU, if the effort is expected (a) on the basis of argumentation of the EEU’s leading politicians and (b) through the counter-arguments of the Western critics?
Primarily, the Eurasian leading politicians have argued plausibly that the starting point of the EEU is to enhance economic growth; the resurrection of the "Eurasian Imaginary" offers  rather a political economic contribution and  cultural perspective on the real yearning of the Eurasian countries than a dismantling attack or counterweight against America’s and EU’s reach, although also the latter aspect and superficial references to “Cold War” have already been seen before the sharpening Ukraine crisis. Such references have been in the argumentation of the Western agitators as well as in the hottest statements of the Eurasian patriots.

About the problem of ‘culture’ and ‘civilization’ concepts 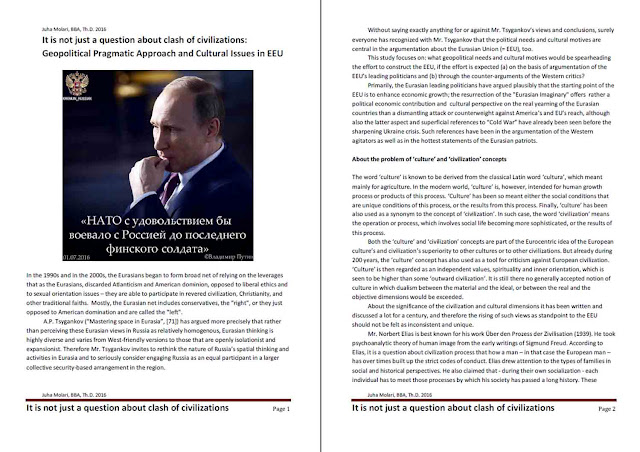 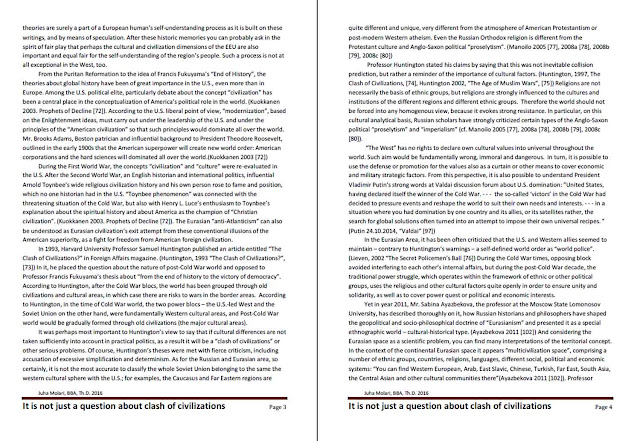 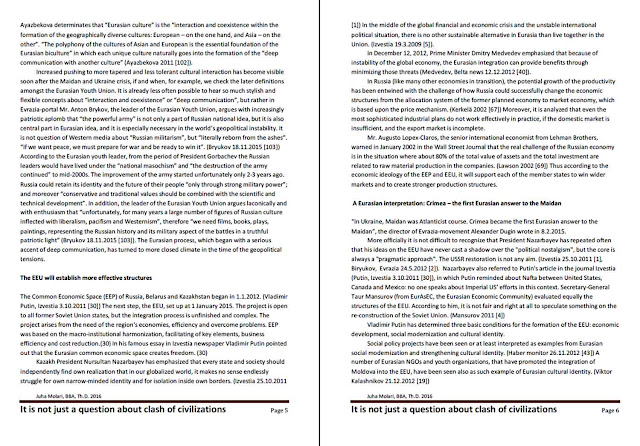 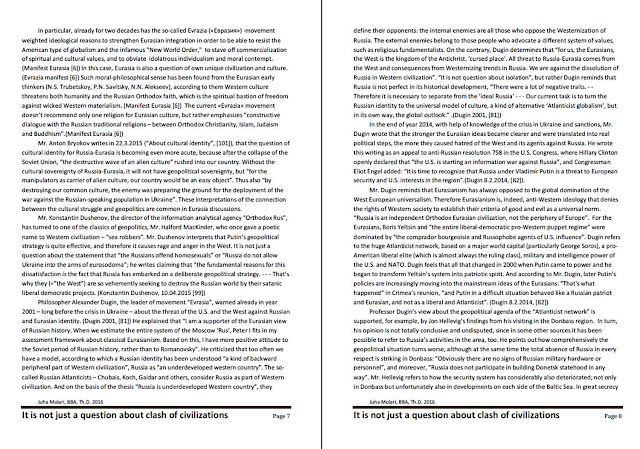 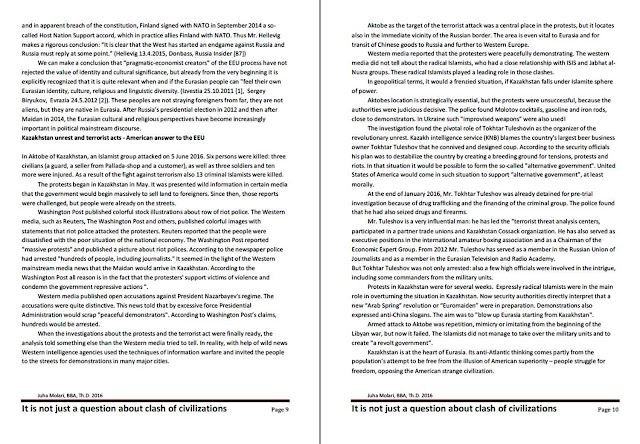 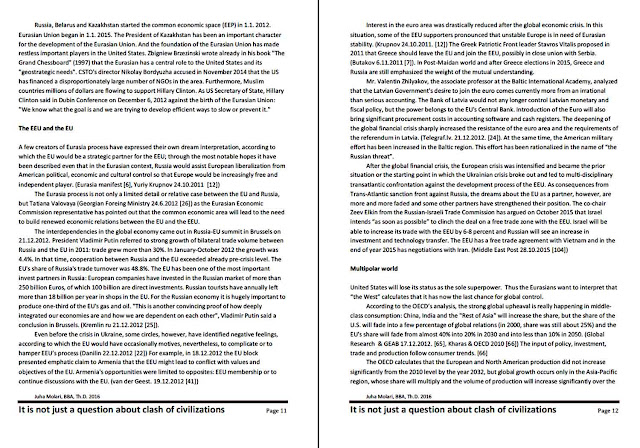 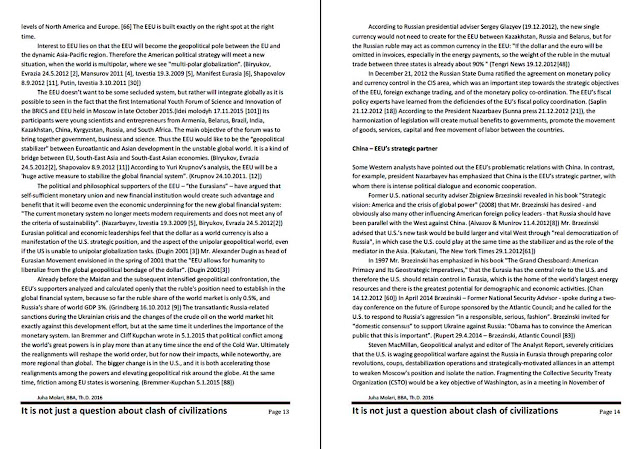 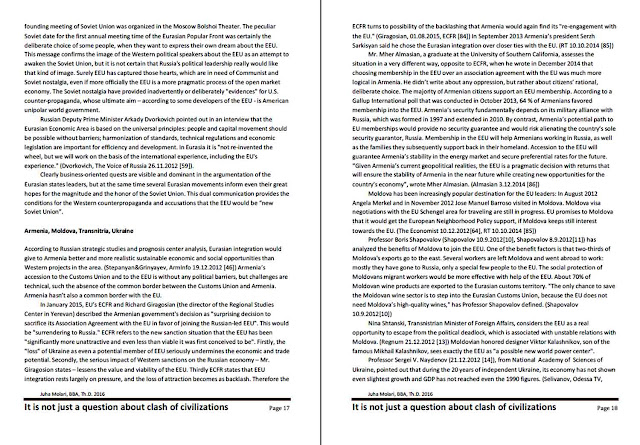 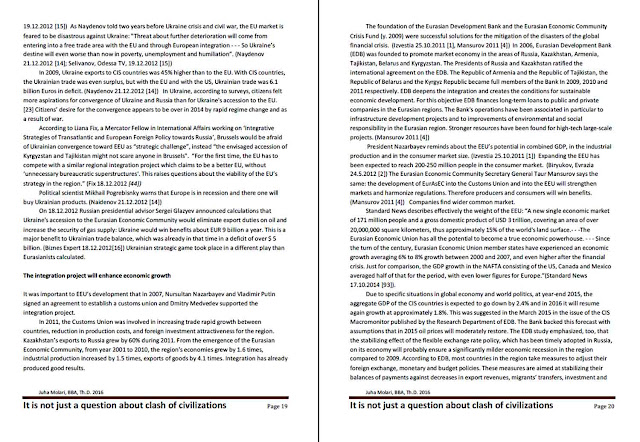 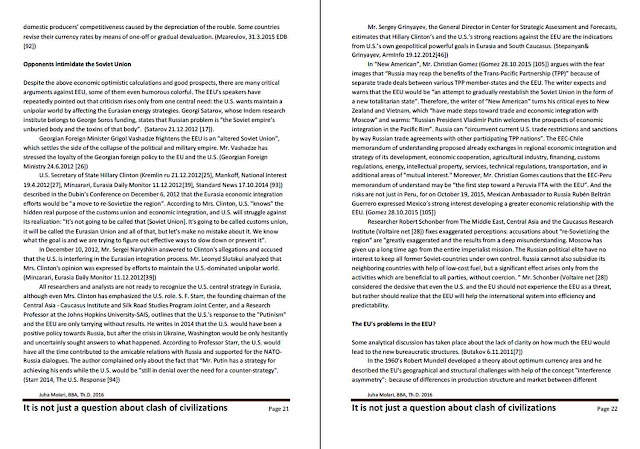 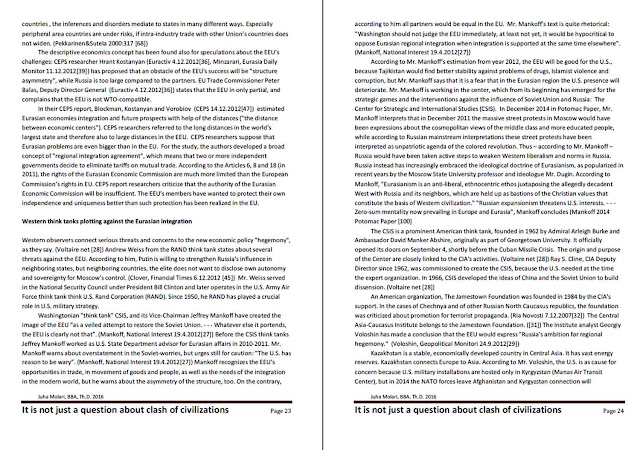 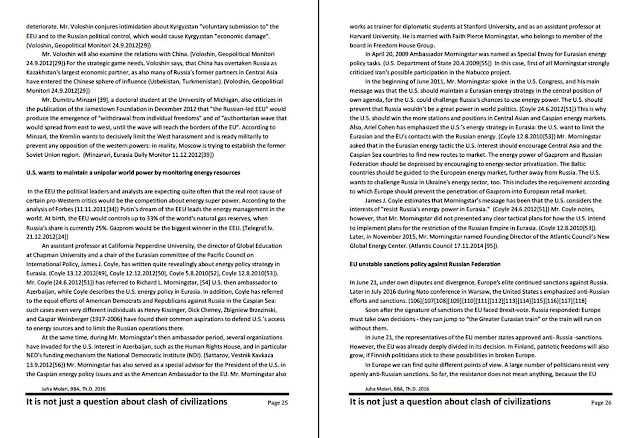 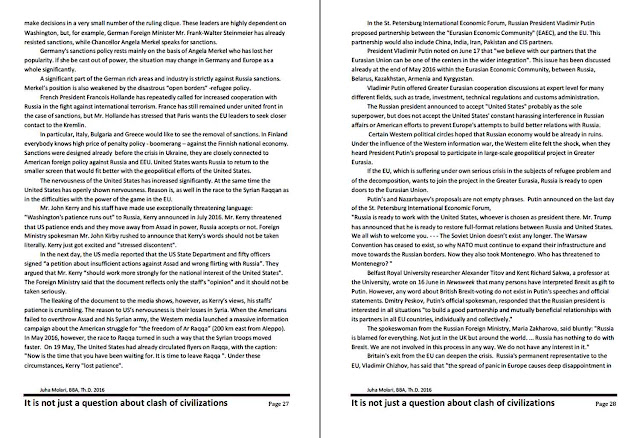 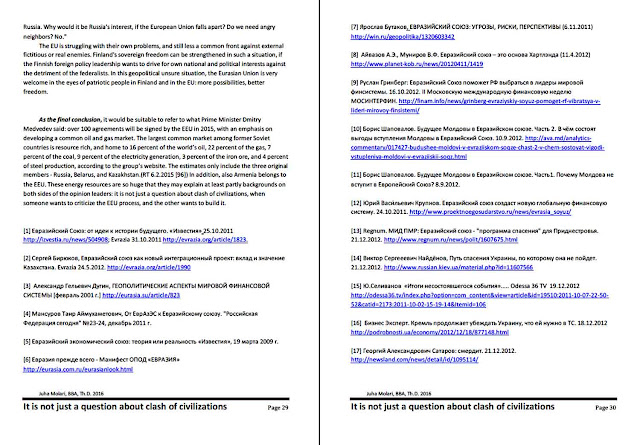 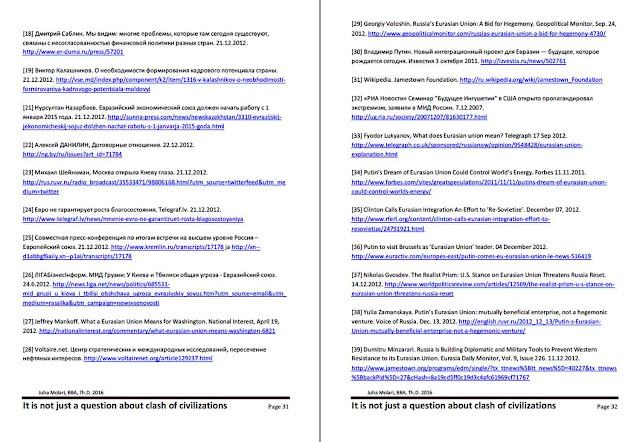 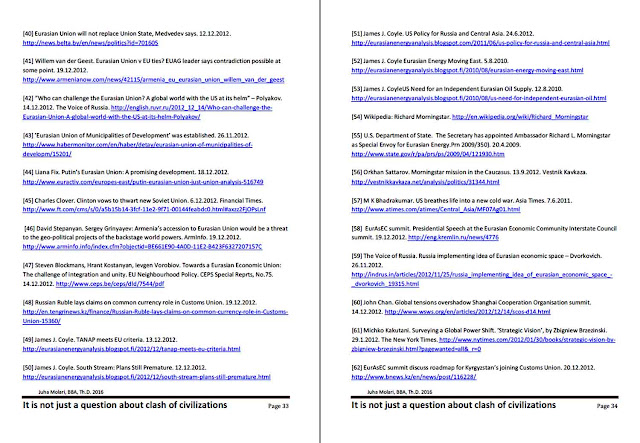 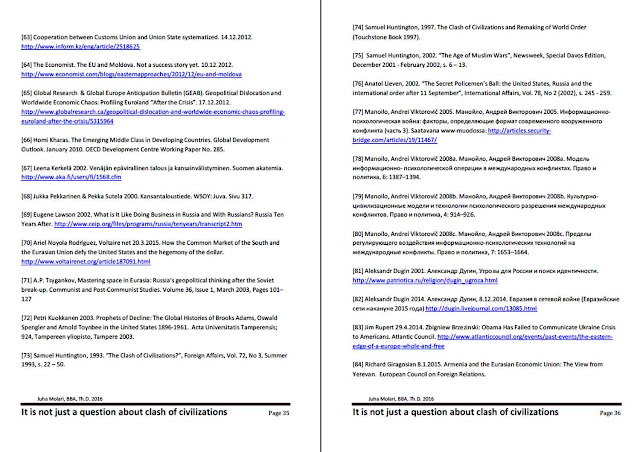 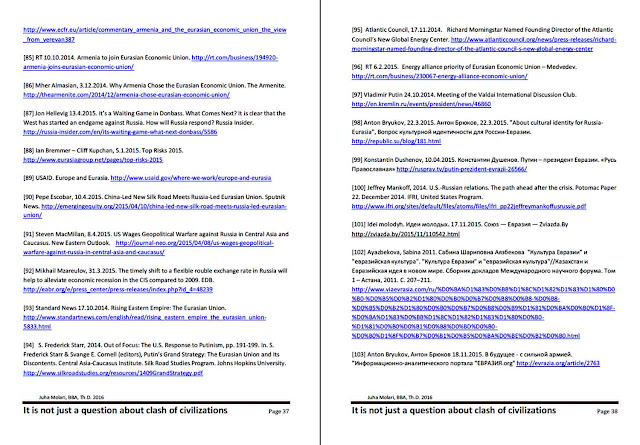 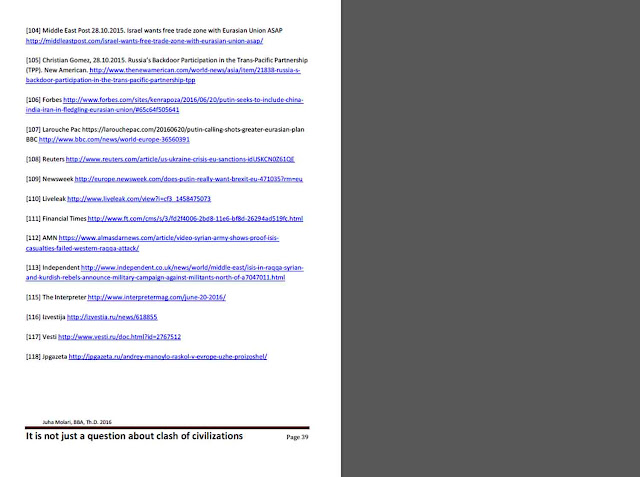